THE ONCIDIUMS' JOUSTING IN HONOR TO TOMOKO FUSE

Paperfolders of the world:
In this day, December 24th 2011,  The Madrigal’s Jousting announces you the opening of its fifth version. This time the name of the Jousting is:
“THE ONCIDIUMS' JOUSTING”
In honour to TOMOKO FUSE 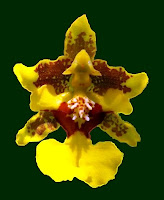 Oncidium is a orchid genus bellonging to the subtribe Oncidiinae that contain about 70 genus and more than 1000 species. All are latinamerican orchids from Mexico, the Caribbean Islands to Argentina.  Many common names distinguish this genus like: Gold Rain because of its long inflorescences that contains many flower (normally in yellow, brown and pink spots) or Dancing Ladys for its big lips that resembles a girl dress and shake in the wind.  For this Jousting will be accepted models from any of the genus in Oncidiinae subtribe not only the Oncidium.  For the Master cathegory I have chosen the Psychopsis krameriana in representational origami.

Some of the Oncidium genus orchids just as a reference are shown bellow: 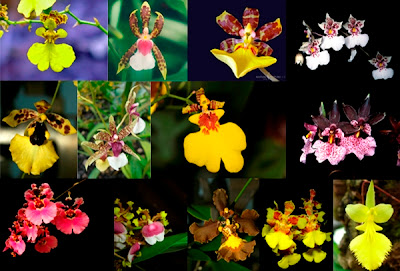 1. The contest will be divide in three different competitions:

A. Minicontests: I have decided to do three minicontests this time in order to mantain the jousting active all year around and let more people to participate.  Each minicontest will last for three months startíng from the publication of these rules.  All are design as instruments to promote the creativity and prepare the competitors for the Jousting, so the models will have no participation in the big contest; but, for sure, there will be winners and all competitors will receive the Certifiate of Participation as well. Each minicontest will be announced at the end of the previous one.


1.  First Minicontest: running from January 31,2011 to Marz 31, 2012. Marcio Nogushi proposes to fold his Oncidium orchid base and get by changing the sequence or just by final shaping different oncidiums orchids. Pictures of the rendition should be upload in the flickr group as instructions bellow. 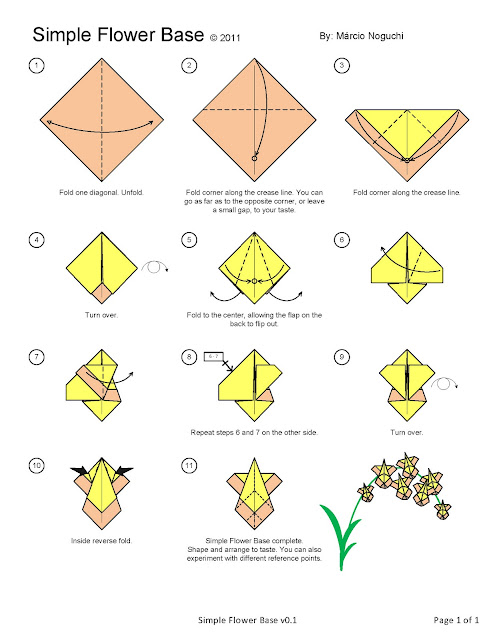 2. Second Minicontest: From April 1th, 2012 to June 30, 2012. Activity will be announced.
3. Third Minicontest: From July 1th, 2012 to September 30, 2012.  Activity will be announced.
B. Competition by categories: models compete with others that have been declared in that category. The category is chosen for a particular model by the competitor; however, there could be a recommendation from the Herald. The categories are the following:


b. Minimalist and Abstract Origami


e. Origami for Masters: Representational Origami for the Psychopsis krameriana. Any other origami techniques for representation of this orchid are accepted but in the other categories.


C. Competition by the pool: all models compete against each other. The aspects to be analyzed are: 1. Origami skill of the model, 2. Esthetic aspects of the model and 3. Correspondence of the model with the jousting subject.


2. You can participate in any one of the categories with as many models as you want.


3. Each new version of a previous model will replace the old ones. The pictures could stay but you should point out which version is going to the voting stage.


4. You will have 9 months to design and present your model or models, starting on December 31th, 2011 Kiritimati time, island of the Kiribati Republic until September 30th, 2012 American Samoa time.


5. You have to do your own research about Oncidium orchids and select all the aspects you believe are important for the design. In the Jousting blog each month we will upload some reference articles or other aspects related with the subject. The blog Jousting and Challenges/ Creativity in motion is at: http://joustingandchallenges.blogspot.com/


6. As the selection process is by pictures in Flickr, there is a new album where you have to upload the pictures of your models. If you decide to participate in the contest ask to join the Flickr group. The link is:


7. To subscribe to the contest you should ask the A Form sending an e-mail to eric_madrigal_cr@hotmail.com


8. The B Form has to be send with the model presentation. If you are going to present more than one model, each one has his own B form. Remember to indicate the model category. Each participant will have a file with their inscription and the respective forms for their models. Always send your forms to: eric_madrigal_cr@hotmail.com


9. Once you have your model designed, upload the picture (s) to the album.


10. The participation is free and without any restriction.


11. The models will be evaluated by the follow aspects: originality, similarity with the real model, esthetic, expression and fold skills including paper selection. The creators have to send the right pictures that show the mention aspects. That means that the picture quality can make the difference in the selection (even knowing this is not a photography contest)


12. Each month or when necessarily there will be updated news about the Jousting status.


Summary:
Step 1: Request, fill and return the A form to eric_madrigal_cr@hotmail.com
Step 2: Join the Flickr group (you must have a Flickr account):
http://www.flickr.com/groups/lajustadelasoncidium
Step 3: Design a model and take good pictures.
Step 4: Upload the pictures in the Flickr group.
Step 5: Fill B form and send to: eric_madrigal_cr@hotmail.com

B . FOLDED MODEL, DIAGRAMS AND CP

13. You don´t have to send the model to anywhere and we’ll not ask for diagrams

15. The jury is conforming by 13 judges that will select the winners


16. Five judges of the jury are named the Judges of Peace and they have to resolve any tie.


18. The selection of the winner for each category and in the pool will be done in four stages:


1st stage: Each judge will select the 50% of the models. The 50% with more votes will go to the next stage
2nd Stage: In this stage, judges select 12 models.
3rd Stage: Five models will be select, the 4°place and 5° place and the three models that will pass to the final stage
4rd Stage: The judges will indicate their preference between the three models. If one model has the ABSOLUTE MAJORITY, that one will be the winner, but if that does not happen, it’ll be required to do a second round between the two models with more votes.

20. The winners will be announced on October 24th 2010, birthday of Lillian Oppenheimer


21. In case to raise the funds by means of donation there will be a prize for the Champion in the pool. Otherwise, it is my shame to indicate that there will be no prizes.


22. The prizes, if any, will be sent to the winners to anywhere in the world by certificate mail.


23. All participants will have a participation certificate that will be sent to the address indicated in Form A.

24. The new jousting will be announced each November 11 joining the celebration of the Origami Day in Japan and the end of the International Origami Days.

25. All judges and participants are invited to help to find any contributors to collect the money for buying the paintings, the certificates and other administrative costs.


26. All donations should be done by Western Union
Posted by Eric Madrigal at 8:24 AM

Ask challanges and give themes to my address: eric_madrigal_cr@hotmail.com.

The designed models should be shown with a short description of yourself. Include your web page or flickr album or blog and use this blog to promote yourself.

Challenge has no prize. The blog is in english and spanish.

Only two challenges by person at a time.

Once the challenge is complete, everybody is invited to make a aesthetic criticism about the model. This is a very important aspect in this blog as it is an invitation not only to creativity but to excellence in performance. Criticism can be tough but respectful.